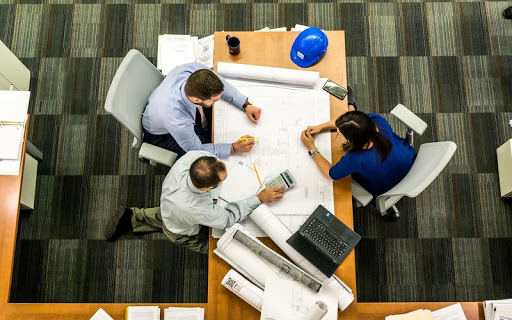 Ben Sawyer, AgeLab researcher and instructor, explains the popularity of the class, "Reviews told us repeatedly that students knew employers wanted this skill set, but they had not had much exposure," says Sawyer. "Human factors gives engineers a recognized tool set through which to understand the population their work will help." SafeSlice`s Evan Brown agrees: "These things apply no matter what you`re designing."

Liftoff`s accessible, portable, USB-chargeable seat was inspired by the team`s experiences with their own grandparents. "The first ... problem that came into my mind was standing up," says Amy Umaretiya, a graduate student with MIT`s Future of Nuclear Energy group. "The hardest thing ... is developing the idea. When it came together ... we said `Yes! We found it!`"

Liftoff`s USB-chargeable seat allows passengers to easily rotate and boost themselves out of a vehicle. The group consulted grandparents throughout the design process and used task analysis, a technique they learned in the class lectures. "Actually acting it out helps, because you realize you`re doing movements you would never have thought of," says Dustin Weigl, a graduate student with MIT`s Mobility of the Future group.

SafeSlice`s stabilizing cutting board, with a toy-inspired design, went through many iterations. "We started off with a pair of scissors, found there was a lot ... already on the market, and then shifted" says William Li. "We tried to make it as intuitive as possible," says Hannah Hoffmann, graduate student at MIT`s Plasma Science and Fusion Center. Brown thought the human factors and human-centered design concepts from the class would be useful in industry engineering settings: "There`s certainly lots of things that I`ve worked on where you`re scratching you`re head," says Brown. "Why did someone put this here?"